Farooq A. Kperogi is delighted to announce the publication of the edited book titled /Digital Dissidence and Social Media Censorship in Africa, /which features cutting-edge scholarship on online resistance and government censorship of social media in Africa from a variety of distinguished scholars from across the continent. Here’s the description of the book from the publisher:

“This book reflects on the rapid rise of social media across the African continent and the legal and extra-legal efforts governments have invented to try to contain it.

The relentless growth of social media platforms in Africa has provided the means of resistance, self-expression, and national self-fashioning for the continent’s restlessly energetic and contagiously creative youth. This has provided a profound challenge to the African “gatekeeper state”, which has often responded with strategies to constrict and constrain the rhetorical luxuriance of the social media and digital sphere. Drawing on cases from across the continent, contributors explore the form and nature of social media and government censorship, often via antisocial media laws, or less overt tactics such as state cybersurveillance, spyware attacks on social media activists, or the artful deployment of the rhetoric of “fake news” as a smokescreen to muzzle critical voices. The book also reflects on the Chinese influence in African governments’ clampdown on social media and the role of Israeli NSO Group Technologies, as well as the tactics and technologies which activists and users are deploying to resist or circumvent social media censorship.

Drawing on a range of methodologies and disciplinary approaches, this book will be an important contribution to researchers with an interest in social media activism, digital rebellion, discursive democracy in transitional societies, censorship on the Internet, and Africa more broadly.”

You can order it Digital Dissidence and Social Media Censorship in Africa https://www.routledge.com/Digital-Dissidence-and-Social-Media-Censorship-in-Africa/Kperogi/p/book/9781003276326 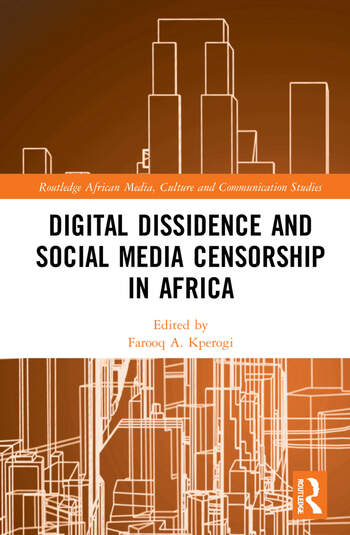 Official Launch of the AfroMedia Network

The Official Launch of the AfroMedia Platform took place at the EACA22 conference on the 31 of August 2022. This is an opportunity for African media research to connect.

The workshop with the theme `Preparing Practitioners for a Resilient Media in Eastern Africa` is intended to build the overall...